Top health and safety trends for 2018 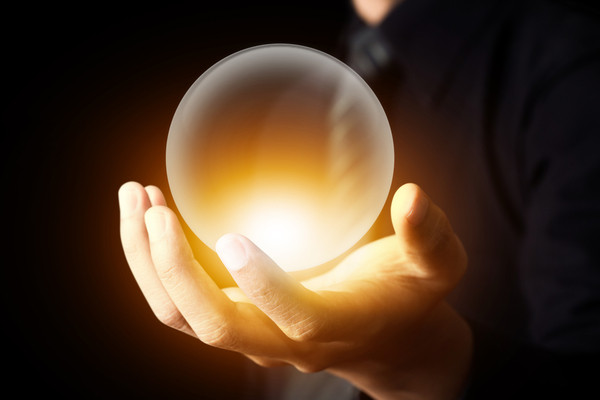 Looking ahead to 2018, there are some interesting things happening in health and safety:

New designation on the horizon

The International Network of Safety & Health Practitioner Organisations (INSHPO) published The OHS Professional Capability Framework addressing the practitioner and professional level to show the competencies and knowledge required at each level. This has become the template for future evaluation of safety designations.

In July of 2018, the requirements for CRSP will change and applicants will require a degree or a diploma/certificate from an approved program. This is to bring BCRSP into alignment with other countries and their requirements.

The first CRST intake is tentatively set for late 2018. Existing CRSPs may be required to take some upgrading modules to meet the new standard. BCRSP has not released an educational standard to describe how programs will be evaluated and what the educational requirements of OHS programs will be in the future.

Things get a bit clearer

Currently, an organization like BCRSP in Canada, the Board of Certified Safety Professionals in the United States and Institution of Occupational Safety and Health in the United Kingdom have memorandums of understanding (MOUs) in place to address equivalencies across their respective organizations and countries.

In September 2017, many safety organizations from around the globe signed the Singapore Accord. This is a commitment to improving and standardizing the profession using the INSHPO professional framework to align requirements across countries. This is a necessary step to a true profession.

The recent changes to the CRSP requirements and the new CRST designation are, in part, to align with the INSHPO framework and to standardize professional capabilities. While many countries have documents in place to describe the requirements of the profession, the INSHPO document is the first to be agreed on internationally.

ISO 45001 is expected to be released in 2018. This will make fans of management systems excited. In late 2017, the Ontario Ministry of Labour moved forward with a project to encourage employers to adopt a management system approved by its chief prevention officer. This is still in consultation until late January. In Alberta, an OHS review considered legislating a requirement for a management system.

Unfortunately, management systems do not make companies safe. They can be very useful and instrumental, especially in large companies. Saying a management system will improve safety is like saying the Titanic is safe because it has lifeboats.

For those that do not work in the federal arena, visits from regulatory officers are rare and prosecutions rarer still. Last year was a year of interesting court cases. In September, the RCMP was convicted under the Canada Labour Code in relation to the 2014 Moncton shootings that resulted in the deaths of officers. The RCMP was convicted under the general duty clause for failing to ensure members were adequately equipped.

An interesting discussion is taking place around North America about behaviour based safety (BBS) and if it ever really worked. It is an interesting idea posed by behavioural psychologists. Of course, there are many fields of psychology and behaviourism is just one.

Those who favour BBS look at behaviour as the outcome, while others look at the actual incident as the outcome. The talk is really about risk and compliance. Will you recognize and mitigate risk or attempt to get compliance though behavioral feedback mechanisms?

I have never believed that you can change someone’s values and beliefs simply by talking to them as BBS infers. Despite long-time proponents admitting that the approach is flawed, many remain committed to its effectiveness, despite the mounting evidence to the contrary.

Many are looking for the next big thing, but it may have been there all along. Rather than compliance, perhaps safety should be more focused on identifying and mitigating risk. That is harder and less simplistic than compliance, but it is also much more effective.

The lines of safety offenses are blurred

Another interesting development this past year was a court case in Quebec. In R. c. Fournier, where an owner of a small construction company was charged following a workplace fatality. The judge felt that a breach of the health and safety was an “unlawful act” and so the criminal law could be applied, in this case, section 222(5)(a) of the Criminal Code dealing with manslaughter.

Fournier was scheduled to stand trial in November for manslaughter. This decision may be appealed, but it certainly blurs the line between statutory and criminal offenses.

Canadians are not satisfied with regulators

In late 2017, the CBC ran a series of articles on workplace fatalities and how few prosecutions took place in Canada. Even when there are prosecutions, penalties tend to be low.

Fatality rates vary widely across Canada, and so do the fines. Some of the poorest performers had low average fines with British Columbia coming in lowest. Alberta showed the highest fines, but that does not tell the whole story either as Alberta has a higher than average fatality rate as well.

The stories reflect a general dissatisfaction with regulators who seem to be struggling to hold employers accountable for workplace fatalities and incidents. This is evident in the class action lawsuit against WorkSafeBC by the families of the workers killed in the sawmill explosions in 2012. Another class action was launched against the Ontario Ministry of Labour over the Elliot Lake, Ont. mall collapse in 2012. There is also the lawsuit against the Ministry of Labour by the sole survivor of the Metron swing stage collapse at Christmas in 2009.

This is a bit of an old, but concerning story. In the last seven years, fatality rates have been rising. While many trumpet the falling lost time rates, the fatality rates are the elephant in the room. In Canada, national data is rather difficult to obtain but the United States makes it easy.

Fatality rates are still on the rise. It seems companies have become very good at managing claims, but we still see fatalities rising. The trend is unmistakable and concerning. The causes are not well understood, but certainly hypercompliance and the focus on the trivial rather than risk are large factors.

In 2017, an initiative by Suncor in Fort McMurray, Alta. to implement random drug and alcohol testing is the first big test of the Supreme Court’s decision in the case of Communications, Energy and Paperworkers Union of Canada, Local 30 v. Irving Pulp & Paper, Ltd.

Suncor had wanted to implement random testing as provided for in the Supreme Court decision where the employer could demonstrate that there was a drug or alcohol problem in the workplace and that random testing was needed to mitigate the problem.

The union (Communications, Energy and Paperworkers Union of Canada, Local 707) took the employer to arbitration. The arbitration board ruled that Suncor failed to demonstrate a need for random testing but also refused to view evidence that was not directly related to the union.

On appeal, Suncor was successful in having the matter sent back to the arbitration board so they might consider the evidence not previously examined. The union quickly won an injunction in early December to prevent implementation of random testing until there was a ruling.

This case clearly shows the burden of proof required for random testing is necessarily high as it does violate charter rights. Finding the balance means that employers must provide proof of the need to randomly test safety-sensitive positions.

As usual, I may have missed a few things. Like how more people are seeing jail for safety offenses or how federal workplaces must comply with the Globally Harmonized System of Classification and Labelling of Chemicals (GHS) by the end of 2018. Ontario and Alberta are both overhauling their OHS acts as well. Let’s also not forget the sweeping changes to the Transportation of Dangerous Goods (TDG) regulations.

The international cooperation of INSHPO and the Singapore Accord is a new milestone, but it means BCRSP has much to do.

This year I hope to evolve the conversation around safety further. Passion and emotion are fine, but sober thought and facts are better. It is time to manage risk instead of demanding compliance.