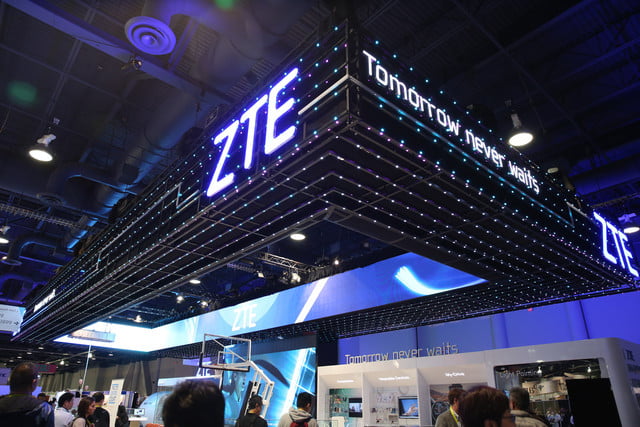 Chinese smartphone manufacturer ZTE is partnering up with Qualcomm and Wearsafe to create a new personal safety wearable, the companies announced at CES. ZTE describes the device as “a discrete wearable device that is designed to connect the consumer to third parties such as first responders, monitoring companies, and family almost instantly through the push of a button.”

There’s no device yet, but the wearable will be one of a growing number of always-connected mobile personal emergency response system solutions for consumers.

Taking advantage of Qualcomm’s Snapdragon Wear 1100 platform frequently used in fitness trackers and other wearables, ZTE’s wearable will feature GPS tracking and LTE connectivity. Since the wearable will use the Snapdragon Wear 1100 chip, it should offer an extended battery life as well. We do know the device will have global band support, meaning you should be able to use the device anywhere there is a signal.

The device will rely on Wearsafe’s software, which allows wearers to use a series of taps to summon emergency assistance.  The service is subscription-based and costs from $5 to 7 a month. While ZTE’s wearable will likely use a similar subscription model, we don’t know if pricing will be the same because the new wearable will use LTE service to operate.

While Wearsafe provides a personal safety device called Tag, the company tells Digital Trends that the wearable created with ZTE and Qualcomm will be a little different. Wearsafe Tag requires the user’s phone to be within 200 feet to operate, but the new wearable will have be able to transmit information without a phone close by. This will make the device a nice option for users who don’t want to carry a smartphone when exercising or in situations where it may not be safe to pull out your smartphone. Since the forthcoming wearable will use a Qualcomm chip, it will likely be rechargeable, as opposed to the Tag, which uses a coin cell battery.

ZTE’s device will join a number of wearables on the market aimed at keeping people safe. While many of theses devices, like the Revolar, provide a similar service, ZTE’s anticipated wearable is the first we’ve seen that contacts emergency response, provides your exact location, and does not require a mobile device to be nearby.

ZTE has yet to provide specifics on the wearable, but we will update the story when it does. Expect to see the device in the U.S. first, with a global rollout to follow.