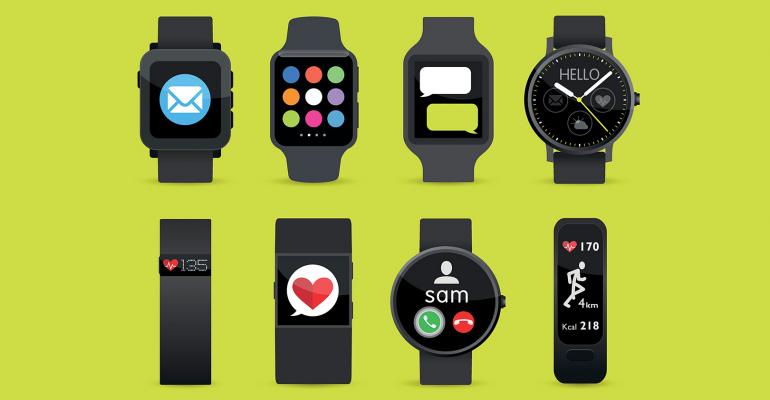 Taking a lesson from the consumer world, Kinetic is out to start a new industrial wearable movement that targets safety first.

From his perspective at his New York City office, the disruptive impact of wearables is easy to spot for Haytham Elhawary.

„In Central Park, your average runner is covered in sensors,” he told the Safety Technology crowd at the 2017 Safety Leadership Conference.

From those sensors, he said, „these runners know their heart rate, they know how many miles they’ve run, they know the temperature and their oxygenation levels. They even know if they are doing better than their friends or whether they’ve gotten a personal record for the day.”

Armed with smartwatches and gym-rugged gadgets, these amateur data-crunching athletes have taken over gyms and tracks in just the last couple of years, changing just about everything about exercise culture in the process. To Elhawary, it demonstrates a profound level of digital intelligence that never existed in this market before, creating a data-fueled army of activity, producing endless anecdotes of weight loss, lifestyle changes, and health improvements in the process.

All that is fantastic, but it does raise some serious questions for Elhawary.

Big data, analytics, KPIs, performance metrics—these are all the lifeblood of manufacturing and industrial productivity. But now with these cheap sensors—also part of the manufacturing world—they are being used to help joggers log better data than even some of the most sophisticated plants. On the individual data level, compared to these athletes, manufacturers are still totally in the dark.

As CEO of Kinetic, Elhawary is out to change this.

To accomplish this, Elhawary and his team decided to start with one of the most common worker injuries: strains and sprains, a „pesky problem” due to repetitive motions.

Typically, he explained, the only way to prevent these injuries has been to either engineer as much bending and reaching as possible out of the work, or to generally encourage better ergonomics in training. A better approach would be to take what the consumer devices do best and apply that to the strains and sprains problem. But first they had to figure out what it is they do, exactly.

„When we started this project, we believed we could use these wearables to keep workers safe,” Elhawary explained. „But before we could get into that, we had to figure out what it is about wearables that helps people live more active lifestyles.”

His research on the matter came up with three primary functions these devices tend to perform:

The combination of these functions, he found, allow the devices to get into something called the „behavior change cycle.”

„This cycle is super important and is the key to change behavior,” he said. „It shows us why wearables do what they do in the consumer world, so now we can apply it to the safety world.”

Elhawary’s answer to this is a wearable gadget called the Kinetic Reflex.

This small, pager-like device attaches to workers’ belts and monitors their postures. When it detects any excessive bending, twisting, or reaching—the primary causes of strains and sprains—it sends out a light vibration and records the hit on the device and in the accompanying app. That data is then tracked on their progress toward their personal goals and stacks the workers up against their peers’ performance.

It seems almost too simple to be effective. But, honestly, glorified digital pedometers seem too simple to help all these millions of people get to the gym, too. Plus, the Reflex hits all three aspects of the behavior change cycle, so in theory it should be effective.

And, according to Elhawary, early trials are already showing impressive results.

In one 4-week pilot program at a global logistics company, Elhawary noted, workers saw an 84 percent overall improvement in posture and ergonomics. One worker in particular went from 320 unsafe postures per day to just 12 – a whopping 96 percent reduction in strain and sprain risk.

For safety managers throwing every engineering feat and training tactic imaginable out for even incremental improvements in worker safety, these numbers should seem incredible. And, indeed, there was an audible collective gasp in the room when they were announced. And this is why Elhawary believes this is only the start of the next industrial wearable revolution.

„This will have profound implications on safety gear in the future,” Elhawary argued. „I’m convinced that in the next maybe 10 years, most of your workers will be wearing sensors of one type or another.”

This will mean safety improvements, of course; it will mean productivity and efficiency boosts we can’t even imagine yet. But it will also mean some significant changes necessary with workers responsible for managing health and safety.

„Safety managers will have to transition from going through checklists and all those old-school processes to being people who can interpret data,” Elhawary says. „It means that a lot of you will have to upgrade your skillsets to interpret data—to look at screens and identify risks.”

Once that happens, he said, the industry will move into a brave new world of safety that seems almost unimaginable now, what he terms, „predictive injuries.” But first, of course, we need more gadgets like his to push us along.