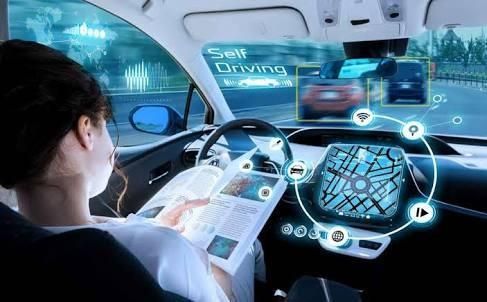 Nissan revealed it’s been developing a brain-to-vehicle interface that could predict a driver’s actions and start performing them 0.2 to 0.5 seconds sooner.

Self-driving cars are already driving on our streets, offering a clear sign of the changes coming to the traditional driving experience. But some veteran drivers may be reluctant to give up control of their vehicles to artificial intelligence (AI). To offer a middle ground between traditional driving and self-driving vehicles, automakers have implemented driver-assist features that can enhance a person’s driving experience, like braking when the driver isn’t paying attention, or assisting with parking.

Nissan, however, is proposing something different in that middle ground. The automaker announced at beginning of January 2018 that it is developing a Brain-to-Vehicle (B2V) interface that, if implemented, would increase a driver’s reaction times to make driving safer.

This human driver—semi-autonomous collaboration would see the latter predicting the former’s actions — be it turning the steering wheel or applying the brakes — by reading and interpreting their brain signals using Electroencephalography (EEG) technology. Upon doing so, the semi-autonomous vehicle would start those actions 0.2 to 0.5 seconds sooner. The automaker calls it, “Nissan Intelligent Mobility.” When it autonomous mode, the system could also adjust detect driver discomfort and adjust its driving style accordingly, or use augmented reality to alter what the driver sees.

“When most people think about autonomous driving, they have a very impersonal vision of the future, where humans relinquish control to the machines. Yet B2V technology does the opposite, by using signals from their own brain to make the drive even more exciting and enjoyable,” said Daniele Schillaci, Executive Vice President of Nissan, in a statement. “Through Nissan Intelligent Mobility, we are moving people to a better world by delivering more autonomy, more electrification and more connectivity.”

Nissan intends to demonstrate their results at the 2018 Consumer Electronics Show (CES) in Las Vegas next week, which should shed more light on the extent of the technology. The Verge notes that it’s largely unclear how the company has accomplished this task, though the accompanying video above shows people wearing a small, black headset. Beyond that, in 2016 The Verge reported that some neurologists had concerns about applying EEG tech to vehicles.

Of course, we won’t know for certain just how well Nissan’s Brain-to-Vehicle interface will perform until it’s unveiled at the CES. But a Nissan representative told The Verge, “it’s something that’s being shown in a relatively early phase, and is not yet close to implementation. We are aiming for practical application in 5 to 10 years.”

The idea of a brain-controlled interface is nothing new, though it’s no less exciting. Last September, researchers connected the human brain to the internet for the first time, turning it into “an Internet of Things (IoT) node on the World Wide Web.” Tesla and SpaceX CEO Elon Musk hopes to one day merge brains and and computers to give us the means to compete with AI.

There’s still the matter of how safe these brain-controlled interfaces will be, especially when it comes to driving, or whether the technology would be an improvement over wholly autonomous cars. Self-driving cars still have a long way to go before they’re the safest drivers on the road, yet we’ve seen multiple cases of humans being at fault when self-driving cars are involved in accidents. Perhaps Nissan’s demonstration next week,and other ongoing developments, will help us start to answer those questions.